Interview with the multimillionaire and extreme traveler

Richard Garriott: »In ten years‘ time, I want to fly to Mars with my family

What would you do if you had lots of money? Not just one million but several millions? Maybe you would go on a really fancy holiday? If so, Richard Garriott (59) would be your ideal travel companion. He even set a world record with his travels recently, which is unlikely to be beaten in the near future. TRAVELBOOK spoke to him about his numerous travels.

Richard Garriott is probably what most people might call a “wealthy excentric“. The multimillionaire who made his fortune as one of the first computer game developers built himself a house full of trapdoors and secret passages and called it „Britannia Manor“, where he also collects skeletons, stuffed birds and preserved brains. Seemingly, a lot of extraordinary hobbies that suggest a quirky, maybe even difficult person. But Richard Garriott proves to be neither one or the other talking to TRAVELBOOK. Rather a down-to-earth man who ventured for a lot of very interesting travels in his life and who has been to places that remain forever hidden for most of us.

In the nineties, he had already started to travel to extraordinary places, in 1998 for instance, he managed to dive to the remains of the Titanic. In the same year, he undertook his first expedition to the south pole which, to him, is the most fascinating place on earth he has ever been to. “There is no place on earth as breathtaking as the inner Antarctica“, he tells TRAVELBOOK. As a reason he states that the laws of physics seem suspended there. “Visual sense for example is fully impaired – you simply cannot estimate distances anymore“, he tells us. For that, it might happen that an alleged nearby stone turns out to be a man-high rock several kilometres away.

But as exciting as Antarctica was for Garriott, earth soon was no longer enough for him. In 2008, he went on a journey most people can only dream of : he travelled into space. On October 12, 2008, Richard Garriott was part of a two-week mission on board the ISS space station, where he organized, among other things, the first art exhibition in space and made videos about life in space.

It is interesting to learn how his perception of the earth has changed during his trip into space, which for him was most exciting. There, he speaks of the “overview effect“: “When you look at the earth from space you start to understand how the earth works at all. You can see the movement of the tectonic plates, the sun rising and setting every 45 minutes, entire continents are crossed in 20 minutes and you suddenly learn to assess distances on earth quite differently – because you have seen it with your very own eyes.“ This experience has shaped his view of our planet and the human impact on it substantially.

With his trip into space, Garriott, whose father was an American astronaut, became the sixth space tourist ever. But apparently, this just wasn’t enough as he recently returned from his latest far-off journey, taking him to the deepest point of the oceans, the Mariana Trench.

His discoveries at the bottom of the Mariana Trench

This was only possible at all due to a fully newly developed submarine. For the first time, it was possible to dive into the deep sea several times without damaging the submarine. Up until then, every submarine was unusable after one deep dive. “You have to take into account the pressure those submarines are exposed to – when diving deep, the pressure on the roof is as high as the weight of the entire Empire State Building“, states Garriott. He reports that the cabin shrunk by several centimetres during his dive to the bottom of the Mariana Trench at a depth of  eleven kilometres. 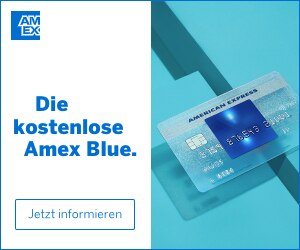 The descent and the emergence had both taken a total of 4 hours, while Garriott and his colleague spent the rest of the 12-hour journey at the bottom of the Pacific. Until now, a stay of such magnitude simply wasn’t possible and led to new and amazing insights. For instance, Garriot and his partner discovered that it is not a completely hostile place as commonly assumed up to now. They claimed that there were in fact micro-organisms feeding from falling plankton. The team was also able to detect currents for the first time during their four-hour stay.

Garriott therefore not only succeeded in making a new scientific discovery. He is now one of only 14 people who have ever to traveled to the bottom of the Mariana Trench. And with completion of this journey he now holds a world record that will be hard to beat. He is the only one who has ever traveled to the north- and south poles, to the deepest accessible point on earth and even into space. Was this intentional ? “No, that was just a nice side-effect“, admits Garriott. In fact, for a long time he didn’t think it would become possible to travel both into space and to the bottom of the Mariana Trench.

His new dream: A journey to Mars

The only question is: Where do we go from here? What journeys can a person who has seen almost everything on earth still dream of? The answer is simple: not on earth, but in space. As Garriott has even bigger plans for a journey yet to come : the journey to Mars. “I’m hoping to be able to travel to Mars with my family – maybe for vacation only or even to emigrate there permanently. Because I expect humans to colonize Mars in the next 10 or 20 years.“ Just as his good friend Elon Musk who was also a guest at his wedding, he wants to be an earth-born human and die on Mars. „But not through the aftermath of the trip,“ Garriott points out with a laugh, fully aware that a journey to Mars and life there is still impossible for humans.

The dangers for the human body are yet too great, as the eyes and bones are badly affected and even general cell division is being slowed down there. “But I believe that we can overcome all those problems“, Garriott says optimistically.

Either way, it’ll be some time before that happens. And until then, Garriott will surely travel to some other extraordinary places…